END_OF_DOCUMENT_TOKEN_TO_BE_REPLACED

Yes – we have more snow. The balcony now looks like this 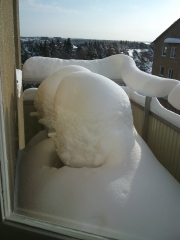 I talked to a friend of move on the west coast this morning and he was snowed in. They had show drifts (is that the right word) that was up to 2 meters high.

And vägverket – the goverment organisation that is maintaning the roads in sweden has stopped and will nto plow the smaller roads as they dont have the time for now.

Well Sweden has usually a winter. As almost every places the winters has grown warmer and warmer over the years, and we have not that much snow.

But not this year. This is what I see when I look out over my balcony today: 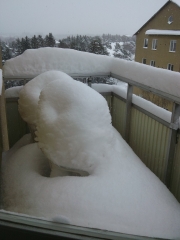 It is my 2 balcony chairs that you might see under all that snow. And its comming more and more.

Yesterday we had another 10 cm and today they are promising up to 30 cm or more snow and i think at least 15 has already come down.

And its cold – its snowing and its -9 degrees celsius out there.

Well I’m happy working indoors. And that’s a nice thing to do now, as the snow piles up.

There has been quite a disturbance of traffic and so on here in Sweden over the last weeks, with the rail roads freezing, and it even was a derailing from freezing ice a number of days back, and stopped all trains between Stockholm and Uppsala. And the traffic in Stockholm is really taking a beating.

I usually like winter and think its nice with snow and the nice positive things when its nice and bright outside, but this is defenetly enogth now. Time to think of moving to some warmer place over the winter?

I have an external bluetooth mouse that I have been using for ages. Its a microsoft intelimous with a number of buttons and a mouse wheel.

And I realy love it – except fo one small thing. And its not realy the mouse problem, but the mouse driver in linux.

END_OF_DOCUMENT_TOKEN_TO_BE_REPLACED 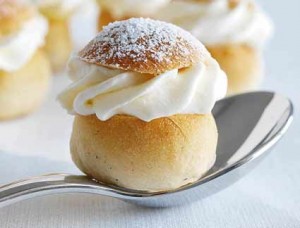